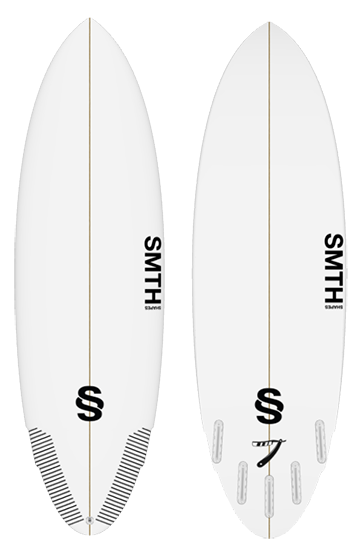 The Razors Edge design came from Jordy wanting a more responsive shortboard with a touch of flair incorporated in the design.

We played with the two “wing” pivot points in the rail. A pivot in line with the front fins and a second pivot point before the back fin. The wider outline in the nose carries more volume up front making paddling a dream. The bottom contours are a simple single into a pronounced double concave. A low entry rocker combined with a soft forgiving rail makes rail to rail transitions positive when coming off the bottom or trimming down the line.

The Razors Edge tail function is noticeable on open face waves. It bridges both performance and control effortlessly providing quicker response and more opportunities for manoeuvres.

CUSTOMISE YOUR BOARD
FEATURES
DIMENSIONS

Previous Next
Close
Test Caption
Test Description goes like this